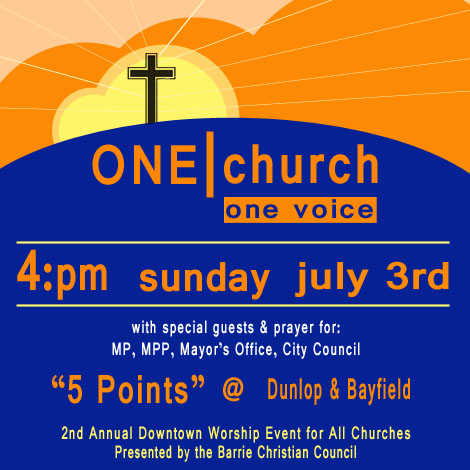 A tremendous opportunity has been opened to the church of Barrie to lift Jesus high in the heart of our city! The 2nd Annual One Church/One Voice will take place at the 5 points stage at Promenade Days on Sunday July 3rd at 4:00 pm.

Last year our city gave the church one hour of stage time at Promenade Days. The Barrie Christian Council of churches used this time to unite the churches in a worship event called One Church/One Voice. After the rally, which had several hundred attend, the city was impressed that it was one of their largest crowds for the weekend and extended this same time again to the churches of Barrie.

This year we have decided to incorporate prayer with the worship event. For more than 8 years the Barrie Christian Council of churches has been hosting prayer at City Hall once a month for our city, province and nation leaders as 1 Timothy 2:1-4 directs. We have decided to extend this to our event and have a time where we honour those political leaders and pray for them publicly. So far we have MP’s, MPP, Office of Mayor and several councillors confirmed who will be in attendance. In my 20 years working in the city I have not seen a response like this to the church for prayer and support. God is working!

We are asking each of you to let your people know about what God is doing. Let us join together as One Church with One Voice giving glory to our mighty God! We know that where the brethren dwell together in unity that is where the Lord commands the blessing, life forevermore! (Ps 133) 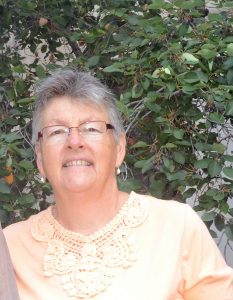 Introducing Deb De Ruiter (Kind of) Last month’s’ Missions Advocate, included a story about Tom and Deb de Ruiter’s ministry in West Africa over the years. This month, we are happy to announce that Deb will be continuing her ministry with Christian Reformed World Missions from Canada as the missions consultant for Canada East. In her role, she will be strengthening the relationship between CRWM and churches as we work together for the cause of global missions. She will do this by meeting personally with missions advocates, committees, and congregations across the region, presenting in worship services, and through seminars. Deb will draw on her years of experience on the field, where she learned the importance of good relationships between churches and missionaries. “The missionary can only do his or her work with the Holy Spirit and with a good support team,” said Deb, “the people in the pews are right alongside their missionaries—not physically but through prayer, encouraging communication, and through financial gifts. She also knows that this role will help her gain a larger scope of what God is doing around the world. “My heart has always been in West Africa so it is time to broaden my horizons. I want to learn how churches and individuals are involved overseas and locally.” Deb’s appointment to this position is one way that CRWM is responding to the changing face of Canadian churches as well as trends in global missions as a whole (see page 2). Canadian churches have told us that they want to be able to ask questions tand hear more stories of how their partnership is impacting God’s Kingdom. Deb will be able to provide regional expertise as well as resources for global outreach. As Deb settles into her new position, she will be contacting churches from Ontario to the Maritimes. If your church is in this region, you can contact her at dderuiter@crcnaparters.org.

For churches in Western Canada, your Missions Consultants are Bill and Ko Spyksma (wjspyksma@crcnapartners.org). 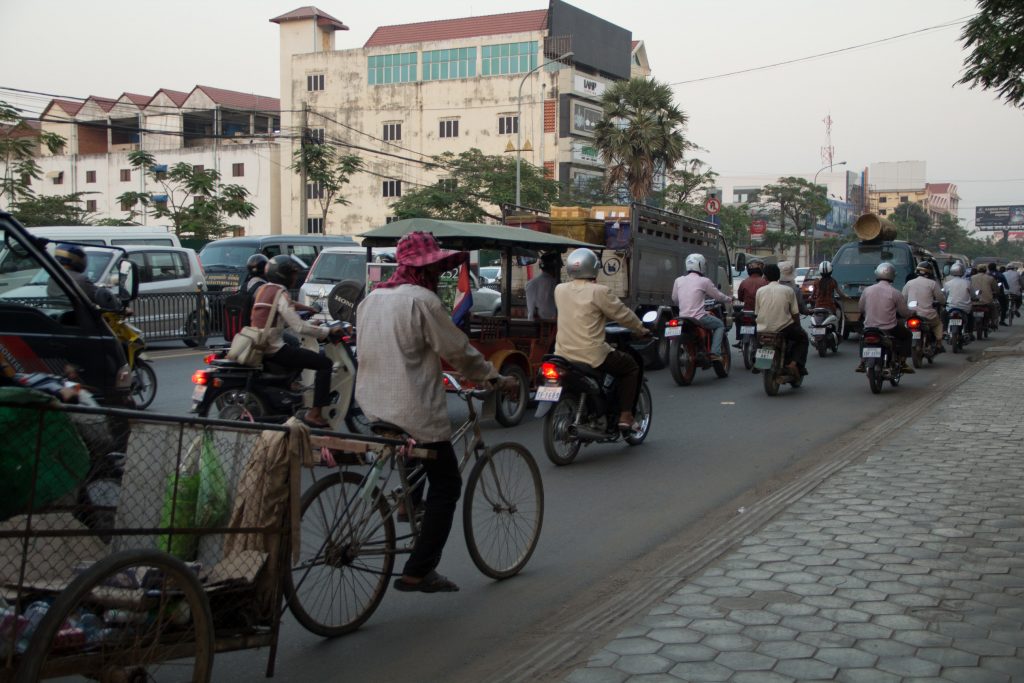 Focus Area: Christian Education In many Christian schools around the world, a holistic biblical worldview isn’t being applied to the classroom. There’s a lot of mistrust between school administrators and teachers. Teachers discipline students in destructive ways. Students think the only way they can serve God in their community is by becoming a pastor or other church leader. This is why one of CRWM’s main areas of ministry focus is in Christian Education. By providing teachers at international schools and developing culturally-relevant curriculum for school officials, students are learning new values that go far beyond their classroom experience. You can learn more or read recent stories of how CRWM missionaries are helping transform the Christian Education scene at CRWM.org/ChristianEd. Summer 2016 Before a CRWM missionary couple began serving in West Africa, they hadn’t come across many Fulani people. But they were about to embark on a journey of living and serving among them. Now many years later, these missionaries have noticed that Fulani people seem to be appearing in unexpected places—from the neighboring country where they serve all the way to South Dakota! “The movement of Fulani towards Jesus goes two ways: we missionaries go to the Fulani to introduce them to Jesus; and Fulani go to seek their fortunes and Jesus meets them on the road,” say the missionaries. The fact that we can now find Fulani, among many other people groups, around the world illustrates one of the major trends that missions-minded people must realize—the trend of globalization. The “shrinking” of our world opens up new opportunities to share the Good News and to learn from our brothers and sisters in Christ who have different gifts, ideas, and styles of worship. Below are a few more trends in today’s world that we as global missions advocates must consider when thinking about best practices for cross-cultural ministry. Financial Sustainability With a rise in globalization also comes a rise in the number of cross-cultural relationships and opportunities to get involved in missions. This is a good thing, but it also means the decision of which ministry or cause to give to that much more difficult. Along with answering some key questions about your church’s unique call to missions you will also want to support a ministry that is sustainable. When considering a ministry, find out whether their work is able to be maintained even if your or other North American funds stopped coming in. If the answer is yes, these ministries are likely empowering local people to take ownership of the work and this will have a greater long-term effect. Mutuality Christians are a minority in our country meanwhile the Spirit is doing amazing things around the world. Sharing the Good News “from the West to the rest” is no longer the only missions strategy. North Americans must be open to listening and recognizing where God is already working and discerning how we can take part in that work. Mutuality also serves as a driving factor in the current work of creating a new mission agency with Christian Reformed Home Missions—so we can learn how to adapt ministries in foreign countries to our own initiatives in North America. Urbanization The world’s largest cities continue to get bigger as people are drawn to the business opportunities, educational institutions, and entertainment centers that the cities offer. We must respond by sending missionaries to these cities and by giving them opportunities to engage with the Gospel in a way that also addresses the issues that large cities face. As CRWM moves toward becoming a joint mission agency with Christian Reformed Home Missions, we look forward to improvement in all of these areas. They will also help you and your church as you seek to build healthy relationships with members of the worldwide Church. Thank you for your faith

Delegate after delegate lined up in the Calvin College Covenant Fine Arts Center last week to give impassioned speeches about the issue of same-sex marriage.

Many addressed biblical dimensions of the issue. Some offered stories full of pain. One delegate spoke of how he and his wife have struggled with having a daughter who is gay, while another mourned how LGBT people have been ostracized from her church.

After more than two hours of debate, delegates voted 110-71 in favor of more restrictive adviceregarding how to respond pastorally to the legalization of same-sex marriage.

Synod advised churches and classes to invite, as much as possible, the presence and involvement of same-sex attracted members when dealing with matters that affect their lives and discipleship, but declined to establish a panel of LGBT advisers to synod.

In addition, synod appointed a committee that will spend five years researching and articulating “a foundation-laying biblical theology of human sexuality that pays particular attention to biblical conceptions of gender and sexuality.”

Another issue that sparked emotional debate was the Doctrine of Discovery study committee report that describes how European colonizers tried to choke out indigenous cultures in North America, beginning with papal edicts during the 1500s and persisting in subtle ways to the present day.

The doctrine was used to justify boarding schools for indigenous children in Canada and the U.S. and the report noted the trauma these schools caused by forcing students to turn their backs on their native cultures. Among the boarding schools was Rehoboth Christian School, a mission in Rehoboth, N.M. of the Christian Reformed Church.

In other actions, synod instructed the Christian Reformed Church’s Board of Trustees to evaluate and prioritize all denominational programs and ministries, “with the goal of reducing the institutional footprint.”

It also instructed the board to “re-imagine” the ministry-share system, including possibly changing the basis on which ministry shares are calculated.

Synod rejected a two percent increase in ministry shares proposed by the Board of Trustees as part of the budget for the coming fiscal year, on the grounds that it “does not wish to raise the ministry-share rate while our current ministries are under evaluation.”

Ministry shares are a per-member assessment requested from congregations to support the denomination’s shared ministries.

Synod also adopted recommendations in a study committee report that urged the CRC to take action and show support for those who are subjected to religious persecution or are denied religious freedom.

Although Synod 2016 is over, you can still visit the Synod 2016 site to read the stories, check out webcast recordings, photos, and the liveblog. Also, you can access documents for the agenda, reports, and more.